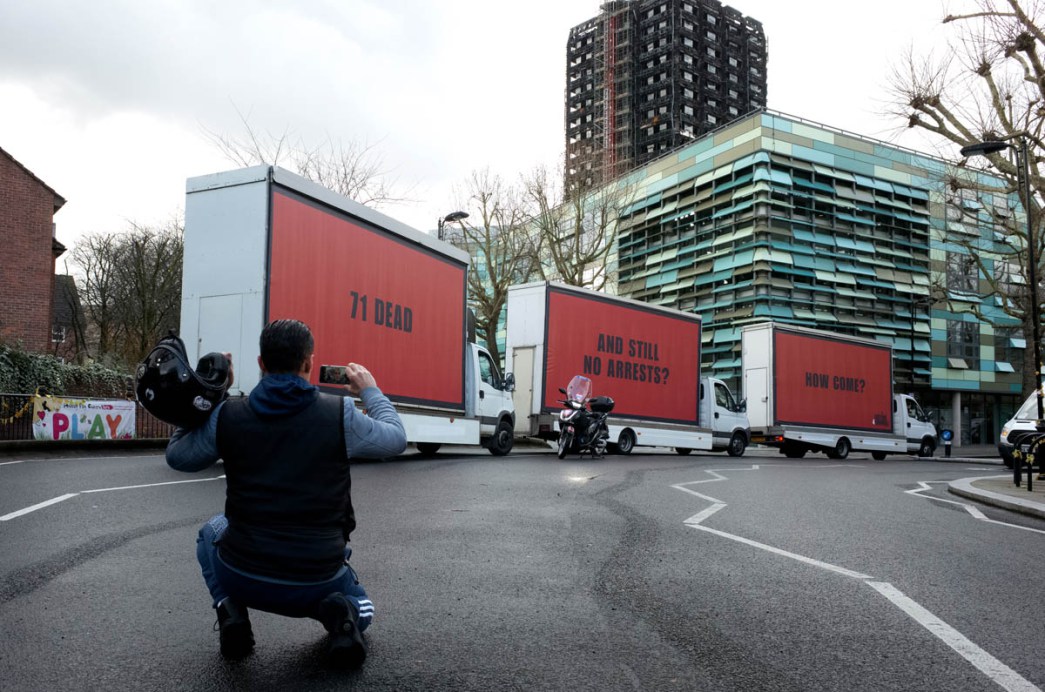 71 people were killed on June 14, 2017, after blaze tore through London block

Three billboards calling for justice over the Grenfell Tower tragedy have appeared in front of the Houses of Parliament.

Promovans displaying 20ft tall signs have parked themselves by the green outside the Palace of Westminster in London.

The stunt organised by Justice4Grenfell drew inspiration from the Oscar-nominated film Three Billboards Outside Ebbing, Missouri. 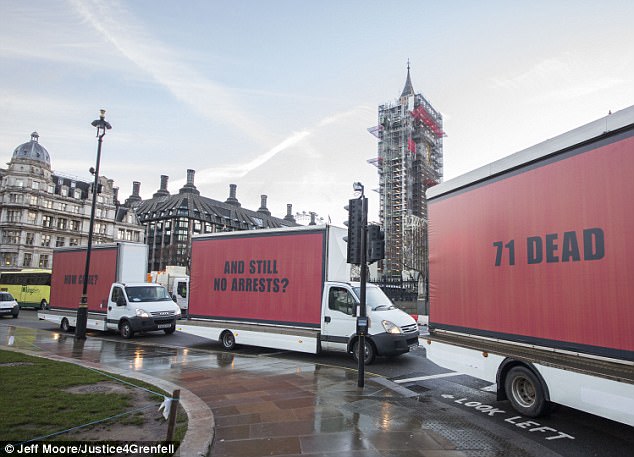 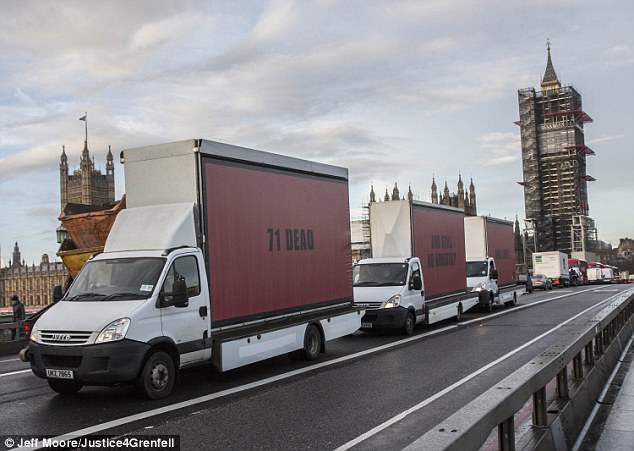 The vans, carrying 20ft signs, were parked outside Big Ben and the Palace of Westminster today

The justice group's stunt comes just two weeks before the Oscars where highly-acclaimed film Three Billboards Outside Ebbing, Missouri (pictured) will be up for Best Picture

In the film, distraught mother Mildred Hayes painting three signs directed at town's revered chief of police over a lack of effort to trace her daughter's killer.

And now Grenfell campaigners have imitated the idea to pose the question as to why no arrests have been made, eight months on from the tragedy.

In front of the Houses of Parliament today, the signs read: '71 dead and still no arrests? How come?' 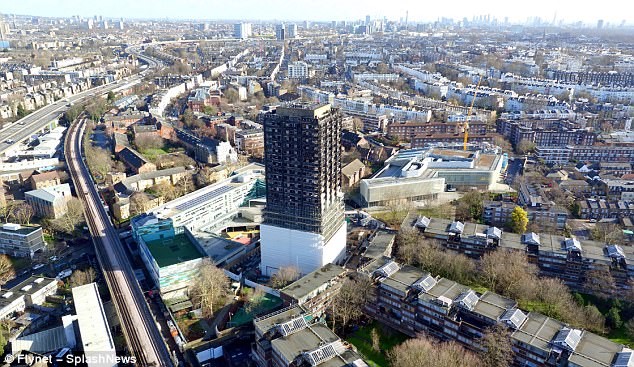 This comes as last night thousands marched on the eight month anniversary of the disaster, which saw 71 people die the worst fire in British modern history. 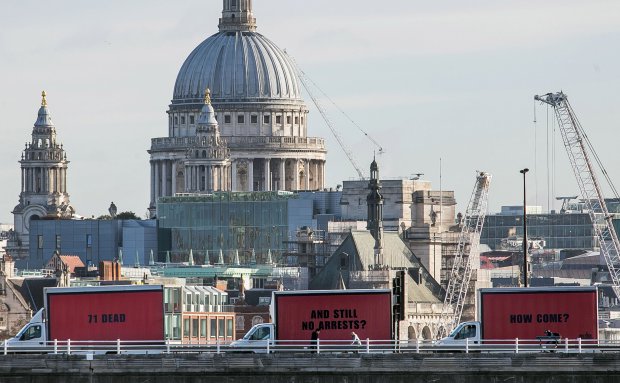 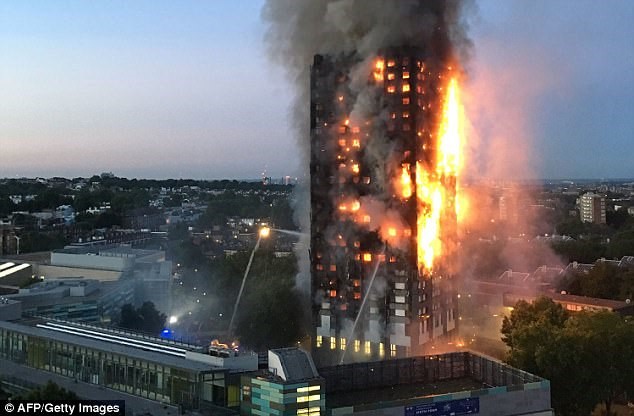 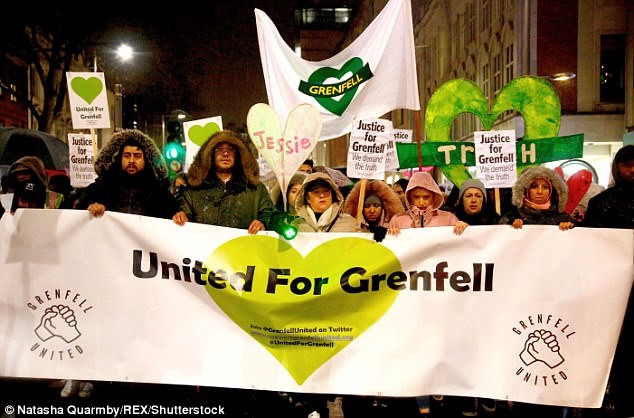 Thousands of campaigners took to the street last night (pictured, a group marching from Kensington Town Hall to Maxilla Walk in the rain) on the eight month anniversary since the blaze.