ITV wanted to create a pre-election commercial to promote their coverage of it in the run up to election day.

They chose to use five Back lit (vertical style) advertising vans each carrying content reflecting the key election issues - NHS, Immigration, Economy, Housing and Education. To make the footage relevent they used the Houses of Parliament as a back-drop with the vans approaching them.

The camera crew based themselves at the south side of Westminster Bridge and the five advans headed north over the bridge in a continual looping route returning over the Thames at Lambeth Bridge. The camera crew liaised closely with our Operations Manager to make the filming as successful and hassle free as possible.

The advert ran on ITV for three weeks running up to Election Day on May 7th.

Just wanted to say a big thanks on behalf of myself and ITV Creative for a great shoot. The rushes are looking amazing and Jo is really happy so thanks for being your usual awesome selves.

See you all soon" 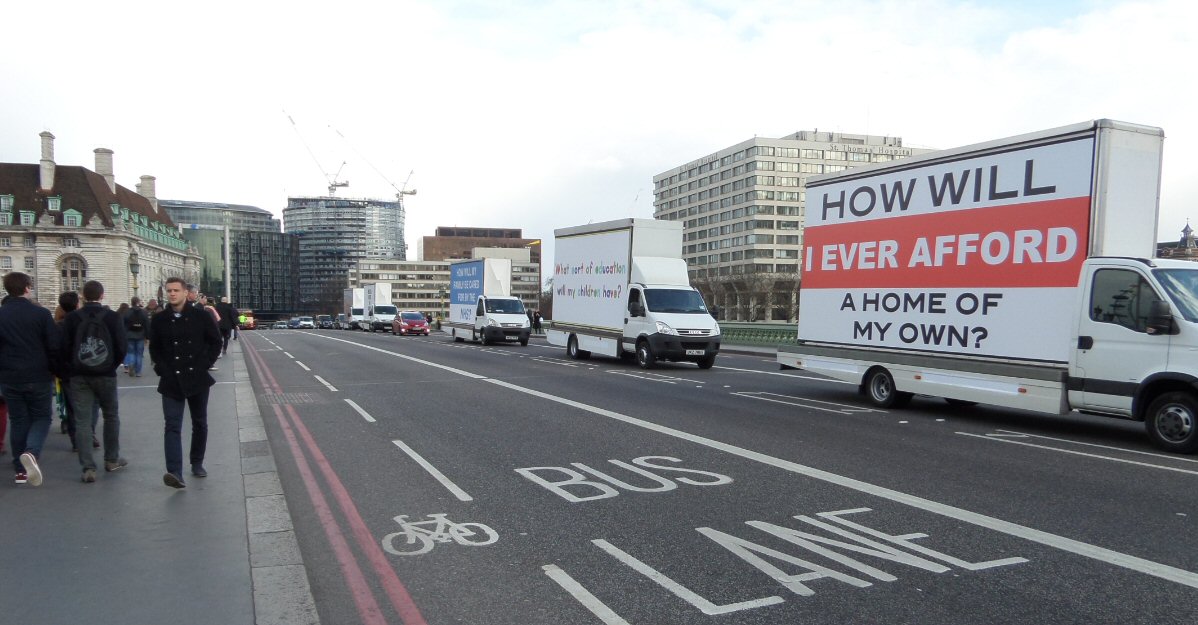 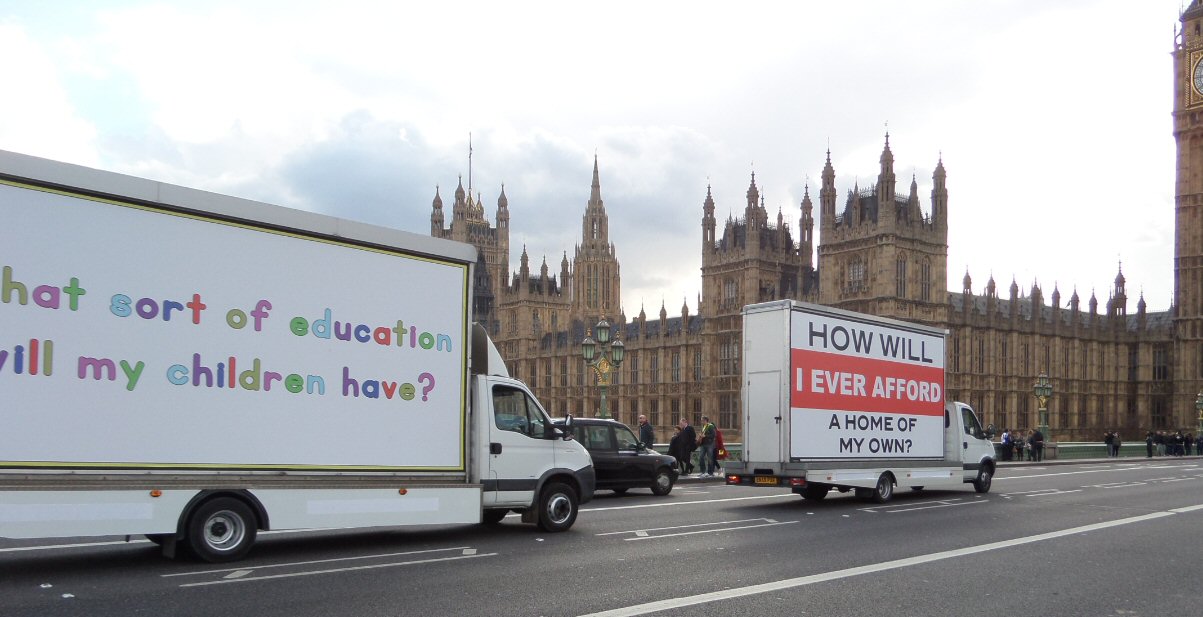